Our World Class City
Has a Lot to Offer

When care is your calling, Houston is your home.

Based in the Greater Houston Area, Houston Methodist is comprised of a nationally recognized academic medical center and six community hospitals, located within the largest medical center in the US. We continue to grow to meet the needs of the vibrant communities we serve – including new building construction and service line expansions on several of our campuses.

If you're looking to call Houston home for the first-time, there's many reasons to relocate here. Our vibrant city has a lot to offer:

Houston, the nation’s fourth largest city, was named the “Best City in America” by Business Insider.

There are plenty of opportunities for education and enrichment in Houston

Houston is the home of the Lyndon B. Johnson Space Center. It's the home of America's astronaut corps, and the place where they — and many international astronauts — get trained to go to space. It's a significant research center and employer, as well as housing Mission Control for manned spaceflight expeditions.

We have world-class museums and cultural landmarks

The city is filled with unique, world-class museums and cultural landmarks. There are 19 total museums in a 1.5 mile radius that make up the Houston Museum District. Houston's Museum of Fine Arts is among the largest museums in the U.S., and one of the best collections of American decorative art and furniture in the house of a former trustee, along with 14 acres of formal gardens. Mark Rothko spent three years creating the works of art that inhabit The Rothko Chapel, which he also helped design.

Houston has more parks than any other top-10 metropolitan area — with 50,632 acres in total

That puts it third in the U.S. in acreage per — capita behind only San Diego and Dallas. The city's been investing a large amount in building out this space, particularly building out the space surrounding the Buffalo Bayou, Houston's main waterway.

Houston has one of the largest rodeos in the world 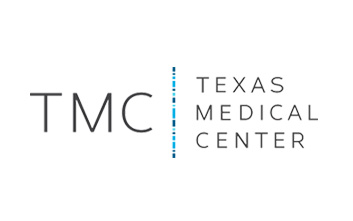 The Texas Medical Center is the largest single employer in Houston, and the largest medical center in the world, with 21 hospitals, 8 academic and research institutions, and 50 total related organizations, all not-for-profit. The complex is larger than downtown Dallas.
*Cost of Living Index
Recently Viewed Jobs

News from the
Houston Methodist Community
Our Awards Get Us Noticed But Our People Make Us Stand Out.